As the world is still gripped by the pandemic, we have seen a rise in asian-hate and anti-asian hate crimes. There is no justifiable reason for such actions today and it’s certainly heartbreaking to hear about. In order to spread a bit more love in the world, and to continue to voice support for all groups who are being silenced right now, I thought we could look back at some wonderful and often forgotten Asian celebrity figures who deserve a bit more recognition. If there’s anyone you think should be added to the list, please comment down below so I can make a second list at a later date.

During the Golden Age of Hollywood, many actors of asian decent struggled landing lead roles, or roles where their race and ethnicity wasn’t an entire charactature. Many white actors would play asian characters and don yellow-face where their performance was an over-exaggerated character with very little merit, normally being there for comic relief. Examples of this can be seen in Katherine Hepburns yellow face and over-exaggerated taped eyelids in ‘Dragon Seed’ (1944) and Mickey Rooney’s obscure buck-toothed role of Mr Yunioshi in ‘Breakfast at Tiffany’s’ (1961). Although there has been progression away from such depictions of Asian characters, modern films are still casting white actors to play Asian characters or avoiding casting an Asian actor in a major lead role. In a 2016 study, it was found that only 3.9 percent of speaking roles in films were cast to Asian actors which is in direct contrast to the 73.7 percent of white actors who got a speaking role. With such whitewashing being prevalent today, it’s important to look back at the Asian actors who helped pave the way for modern Asian actors today. Although they don’t get as much recognition as they should, I hope this list inspires you to see some of their films and get to know them a little better.

Anna May Wong
Probably the most well known vintage Asian actor, Anna May Wong began her career at age 17 in the 1922 film, “The Toll of the Sea”. Although she played in many films, Anna May constantly voiced her complaints about the lack of quality roles for Asians in Hollywood as she was only ever cast as the subservient Asian figure or a villain. In an interview with Doris Mackie, she said, “I was so tired of the parts I had to play … Why is it that the screen Chinese is always the villain? And so crude a villain – murderous, treacherous, a snake in the grass”.
In 1934, Anna May Wong was voted the “world’s best dresses woman” by the Mayfair Mannequin Society of New York.

Bruce Lee
One of the most iconic Asian actors of all time, Bruce Lee only stared in five feature films as an adult before his death in 1973 but in that time, he singlehandedly shattered the ‘weak asian’ stereotype. “Before Lee’s time, Asian men had been largely depicted as emasculated and childlike — coolies, domestics, etc. — in American popular culture,” Hye Seung Chung, an associate professor of film and media studies at Colorado State University, told ABC News in 2005. “Lee proved that the image of the Asian man can be tough, strong and sexy.”

Miyoshi Umeki
Japanese-born actress, Miyoshi Umeki is best known for her Oscar award Winning performance as Katsumi, a Japanese wartime bride, in the 1957 film, ‘Sayonara’. Umeki is the first ever Asian woman to win an Academy Award for acting and so far, only one other actress of Asian decent has won so far (Youn Yuh-Jung for the 2021 in ‘Minari’). Umeki, an accomplished singer herself, was also nominated for Tony and Golden Globe awards in the 1950s. Between TV, Broadway, and film, Umeki stayed busy until she retired from acting in the early 1970s.

James Shigeta
Born and raised in Hawaii, third-generation Japanese American actor James Shigeta transitioned into performing after winning Ted Mack’s TV talent Series, “The Original Amateur Hour”, but he was understandable dismayed by his agent’s desire to whitewash his identity.

Dilip Kumar
Dilip Kumar is considered to be one of the greatest actors of Indian cinema. Starting his career in 1944, he has starred in some of the biggest commercially successful films in the period 1949-1961. He was the first actor to receive a Filmfare Best Actor Award and holds the record for most number of Filmfare Awards won for that category.

Li Li-Hua
Screen beauty, Li Li-Hua, was born to parents who performed in the Peking Opera and emigrated to the US. Li Li-Hua was an opera-trained megastar at home when she became one of the first Chinese women to star in a Hollywood film. In 1958, she acted alongside Victor Mature in the romantic drama China Doll — which, like many other films of its time, wastes Li’s skills on a problematic white savior narrative. She starred into over 120 films between the 1940’s and 1970’s which earned her the nickname of “China’s Evergreen Tree”.

Merle Oberon
This beauty was the only Indian actress to be nominated for an Oscar although, no one knew it at the time. Certain Hollywood executives kept her ethnic roots a secret and hid her Anglo-Indian background hidden throughout her career. Oberon claimed that she was born in Tasmania in Australia but she was actually born in Mumbai, and it wasn’t until her death in 1979 that her true ethnicity was revealed. “The studio reconstructed her history and she had to live that life story and keep living that life story,” according to Marée Delofski, the director of a 2002 documentary exploring Oberon’s life titled “The Trouble With Merle.”

Maylia Fong
Maylia Fong is a Detroit native of Chinese descent who moved to Los Angeles as a young adult. She was one fo the few Asian American actresses landing roles in Hollywood during the 1940’s and she stared in her first film, the 1947 romantic film, ‘Singapore’. Fong acted in a handful of popular films until 1953, including ‘To the Ends of the Earth’ and ‘Return to Paradise’, when she retired to focus on her family.

Maria Menado
Born in 1932, Menado was probably the most successful film actress between 1957 and 1963. At age 19, she moved to Singapore and her role as a vampire in Pontianak was the first local horror movie at that time, which successfully launched her career in 1957. That same year, she was bestowed the title “Malaya’s Most Beautiful” by Times Magazine as well as “Best Dressed Woman in South East Asia” by publisher United Press International.

Keye Luke
Considered one of the most influential Asian figures in Hollywood, Chinese-born American actor Keye Luke broke through many barriers in order to create better opportunities for Asian and Asian American performers in Hollywood. Before Bruce Lee, Luke was the first Kato in the Green Hornet Series. He also took the role of Chinese detective Mr. Wong from British actor Boris Karloff in the 1940 film Phantom of Chinatown; he is also one of the few actors of Asian descent to star in the popular Charlie Chan films, playing the detective’s Number One Son, Lee Chan.

Saloma
Saloma was a Malaysian singer, film actress, trendsetter and a fashion icon from the 1950’s. She was nicknamed the ‘Marilyn Monroe of the East’ by Marlon Brando, she had a very fashionable and iconic look and in 1978 was awarded the Malaysian National Songbird award.  While she did become an actress later on, she always said she preferred singing to acting. As a singer, she sharpened her talents with Orkes Fajar Murni, led by Yusof Osman, during the early year of her career. She was also involved with another orchestra, Panca Sitara, in the 1960s.

Note: This is not a sponsored post. All opinions and thoughts expressed are solely my own and not influenced in any way. There are no affiliate links and I do not benefit from any link clicks or purchases made.

Day dreaming of fields of gold 💛 can't wait to come back here, hopefully sometime this year but who knows!
It might be time for me to start knitting again, it's been a while but it's the perfect lap craft for couch and movie days. I've got a few vintage patterns I'd love to try but I'm a little nervous of starting. Do you over think projects or just get on with it? I'm a chronic overthinker haha!
Im looking forward to a quiet and rainy weekend of rest, recovery and the joy of hot tea with cinnamon. What is your favourite way to warm up in winter? It's so cold at the moment here 🥶
Do you enjoy winter holidays or summer holidays? I suppose summer is a bit easier but there's something delightfully cosy about winter adventures. What would be your ideal winter holiday?
Big boots bows make me happy. I'm trying really hard to get back to some sort of normal work routine but I've honestly been struggling. I'm not sure when I'll be well enough to film and edit and get back into the swing of things but I'm trying my best each day.
Sundays are an odd day, they have this laziness to them that's something to be savored but by the evening I'm stressed about the week to cone. Anyone else feel like this? I personally think we should add another day to the weekend so I can get all my housework done.
It's looking like a quiet weekend of recovery for me, what are your plans? What would be your perfect weekend?
Sad story about this dress: I made it using #butterick6284 during lockdown and absolutely loved it. After a few wears I took it to the laundry and somehow it fell behind the laundry basket where it wasn't visible. After a good while I found it but noticed it had some odd sun bleaching right on the front of the bodice. Now I wear it around the house but I'm tempted to remake it from the same fabric. Should I make another copy? Or should I just accept it as a house dress?
I'm in recovery mode and it's driving me crazy. I wanted to work today but just couldn't due to pain. I miss my normal routine, blogging and sewing. I don't think I'll be able to film this week but I'll try my best for a video next week.
I can't believe it's already wednesday! The week is just whizzing by and there's still so much to do. I'd much rather be lounging in pretty dresses. What would you rather be doing right now? 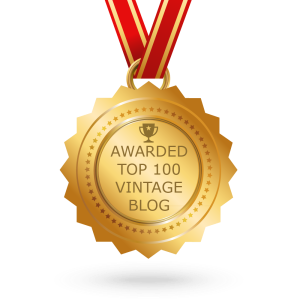